Will was teaching abroad in Vietnam but has since returned home to Wales where he now teaches English online. We’ve asked Will to share some tips with you to make your experience in Vietnam even better. Teaching in Vietnam posed some challenges but overcoming them made the experience even better.

Going abroad is always a big deal. The more time you spend exploring foreign countries, the more you’ll think about what you could’ve done differently. That’s not to say you’ll regret anything you’ve done, but hindsight is a wonderful thing. To a directionless 21-year-old, teaching English in a new country sounded perfect; I could bolster my CV while exploring a new corner of the world.

Over a year later, I returned home as a confident 23-year-old with a new network of friends, new interests, and a plethora of avenues to explore. In a sense, I became more directionless because I was exposed to more paths than I knew existed. Despite it being the most positive experience of my life, there are things I could have known to anticipate the experience differently.

Travelling has its inherent worries and pre-departure anxiety. Whether you “don’t speak the language” or you’re “stuck at your job”, there’s an endless list of excuses not to go teaching in Vietnam. However, a reason to go outweighs a hundred not to. For me, feelings of doubt predominated before making the transition.

I was consumed by the worst-case scenarios, delving into the unknown where anything could happen. What if I would hate the place, be miserable, or make a bad impression with the other teachers. I could even contract that extremely rare disease that I couldn’t even pronounce.

What I wish I knew was that this was completely natural. Being uncomfortable and facing adversity is such an insignificantly short-term sacrifice for lasting and unparalleled personal development.

Famous for its street food and drinking culture, you’re bound to be out and about exploring the city. You’ll make the most out of your experience using the app ‘Grab’ – what I can describe as Uber’s Southeast Asian cousin. To say it’s cheap would be an understatement. You’ll want to download this before you arrive, it’ll save you time and rule out the possibility of being scammed by a rogue taxi company. Exploring the city by car is extremely cheap, but if you’re feeling economic or adventurous, get a GrabBike.

…But Motorbikes are Cheaper

One thing I would do differently is obtaining a CBT license before arriving in Vietnam. You can rent a motorbike for as cheap as 800,000 VND a month, roughly £25 or $30. I’m not saying you’ll experience The Motorcycle Diaries, but everything becomes more accessible, you’ll have more money and more time to spend.

Without a CBT license, your insurance won’t cover you if you’re injured while riding a motorbike. Riding a motorbike was admittedly a big risk I took, and silly considering passengers are insured when using Grab. If I return to Vietnam, obtaining a CBT license beforehand will be a priority.

I initially dismissed the idea of riding a motorbike since I couldn’t even cycle (yes, at 21 years of age). Eventually, I learned to cycle in Hanoi and went on to traverse the chaotic roads of Hanoi and the menacing landscape of Ha Giang by motorbike. Going by Grab is more than feasible as an English Teacher in Vietnam, but if you’re already CBT licensed, motorbikes will enrich your experience. 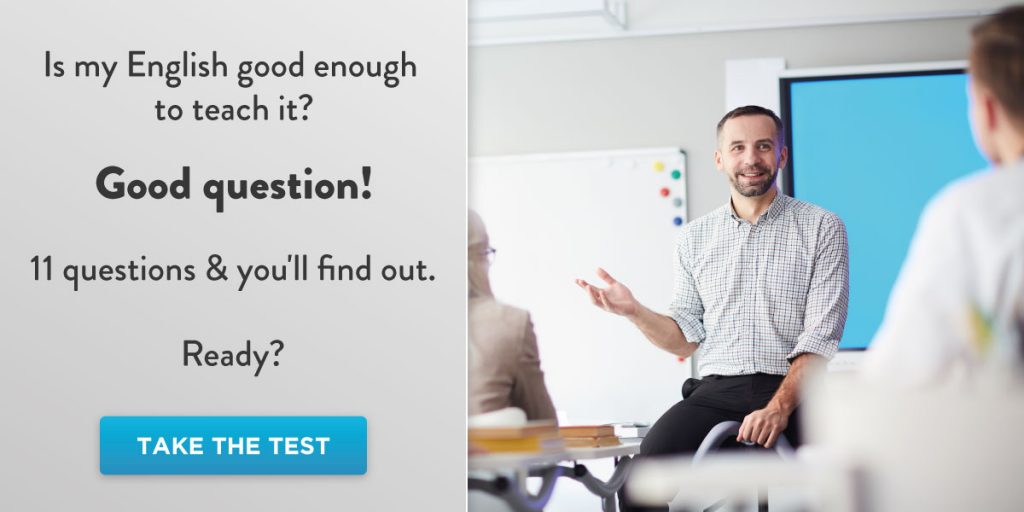 Learn [a little] Vietnamese for Teaching in Vietnam

It doesn’t surprise me that Vietnam is ranked as the fifth happiest country in the world. The locals are always smiling, and you can augment these smiles by learning some of their language. Basic phrases like “xin chào” (hello) or “xin cảm ơn” (thank you) will build a rapport between you and the locals. It facilitates positive and meaningful encounters and will definitely help you on your journey for teaching in Vietnam. Want some examples?

– Learn your beverage of choice in Vietnamese, order “cà phê đen” instead of a “black coffee” and you’ll become their new favorite customer.

– Ask “bao nhiêu?” (how much?) or quote prices in Vietnamese and your negotiation skills will soar.

– Want that disruptive student’s attention? Say anything in Vietnamese, trust me, they’ll love it.

Despite my appalling Vietnamese, I noticed the difference when I made an effort. The locals welcomed me more because of this simple addition to my very limited arsenal. It goes without saying you’ll also create a lot of laughs. I thought I described someone as “beautiful” but I actually described them as “sticky”.

It’s a very difficult language to learn, but no one expects you to become the Vietnamese Shakespeare. It’s your responsibility as a foreigner to respect the culture and its population, do not expect the locals to adjust to your needs (but be thankful when they go to great lengths to help you).

You’ll Be Front and Center

It goes without saying for a teacher, but whether you’re introverted or extroverted, you’ll be in the spotlight inside and outside the classroom. It’s intimidating at first, however, you’ll come to realize that it’s endearing and something you’ll miss when you’re back home. The students light up as soon as you walk into school, they’ll run at you, chant your name, and gesture for high fives.

You genuinely won’t believe some of the things they’ll do for you. A student of mine wrote my name across the back of his only football shirt, while my friend’s student gave him a PS4 controller, another gave him Mario Puzo’s The Godfather. One friend was even given a live turtle by a student after telling him she likes turtles. It’s courteous to accept something graciously in Vietnam, even if you have no need or desire for it.

The locals will also show a lot of interest in you. Members of staff will bombard you with personal questions while others will want pictures with you. Some will want to practice their English whereas those who can’t even speak English will want to drink with you. I can’t tell you how many free shots of ‘Happy Water’ (rice wine) made me cringe on my birthday. Of course, it can be tiring, especially if you want to zone out after an exhausting day at school. But overall, it’s very fulfilling and made my experience much more authentic.

Teaching in Vietnam Will Be a Big Leap

Moving to Vietnam as an English teacher is a big leap, and you’ll want to make it as seamless as you can. Of course, you won’t be able to anticipate everything, but these are some of the things that can soothe the transition for you. Everyone will encounter their own unique difficulties, but despite little issues here and there, I cannot recommend the Vietnam internship enough. Whether you want a career break, a fresh environment, or you’re just feeling adventurous, it is the most rewarding experience you could ask for.

Moving to Vietnam for an internship wasn’t the easiest decision for Will, but it turned out to be the best. If you want to learn more about Will’s experience in Vietnam, check out ‘Will Davies living it up in Vietnam

‘. Will also takes over our Instagram every weekend, so make sure to check out a day in his life as a TEFL teacher.

Tell us, is there something you would love to do?

The post What I Wish I Knew Before Teaching in Vietnam appeared first on Premier TEFL.

How Much to Budget for Teaching English in China
August 21, 2019

I took my TEFL online, how do I build confidence for the classroom?
September 19, 2019