Known as ‘The Land of the Morning Calm’, South Korea has been one of the most popular places to teach English abroad for ages. It’s like the goldilocks of countries for TEFL teachers due to its great pay, reasonable visa requirements and plenty of perks and benefits. To those who live there it’s a world full of Korean BBQ, K-pop culture and fashion! If that’s not enough to sell you on TEFL in South Korea, we know the next 10 reasons will:

If you’re lucky enough to land a TEFL job in South Korea, chances are your housing will be included too. Plus, you’ll have cheap bills and a decent wage – we’re sold already 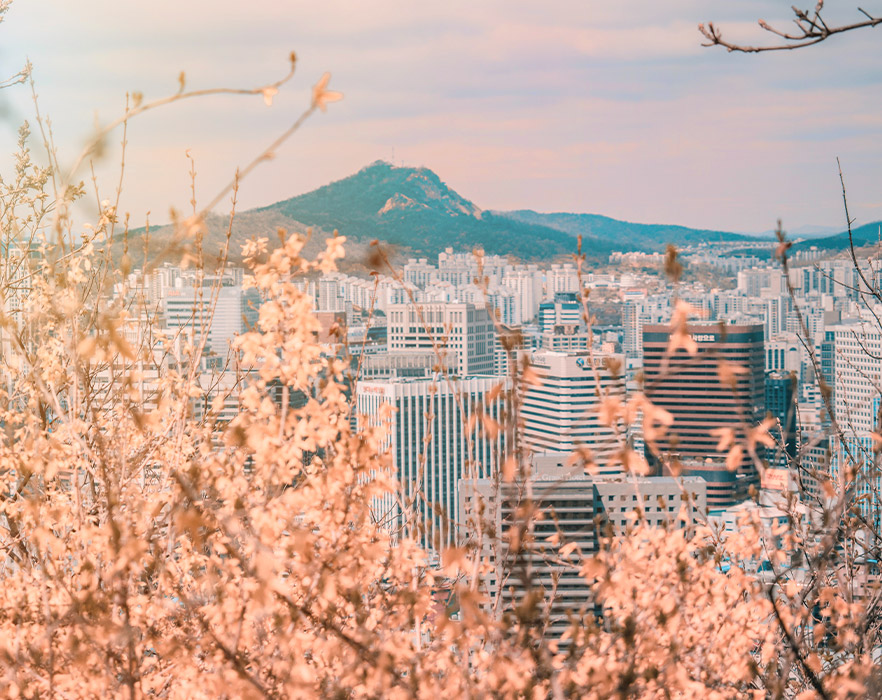 2. An incredible assortment of food

From Korean comfort foods such as Kimchi and BBQ beef to the appropriately named Hangover Stew, you’ll spend days roaming street markets sampling your way through an amazing array of flavours. 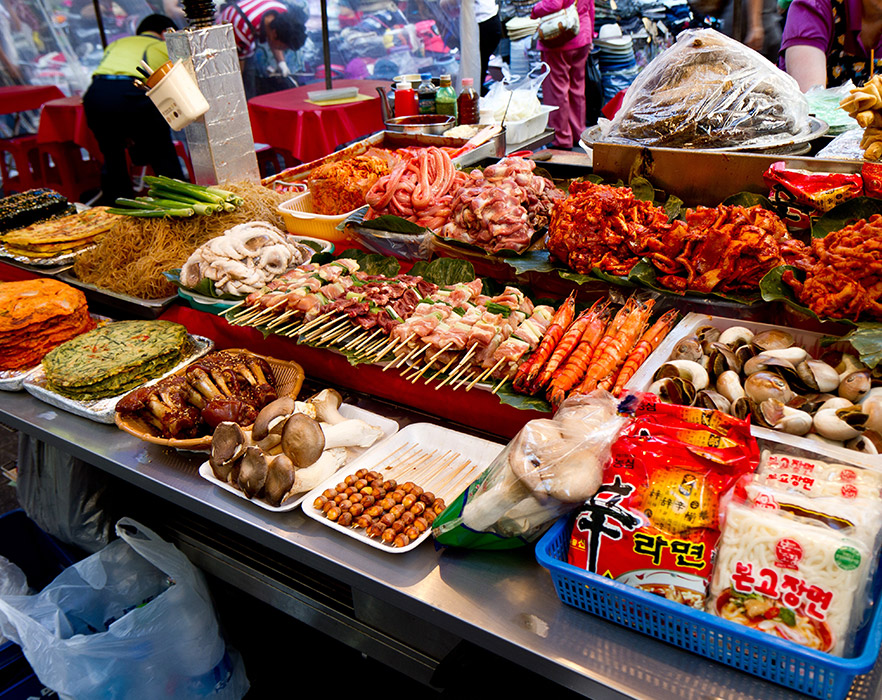 When we say amazing, we really mean it! You’ll get to see everything from cherry blossoms in spring and flower fields in summer, to colourful foliage in autumn and a white wonderland in winter. 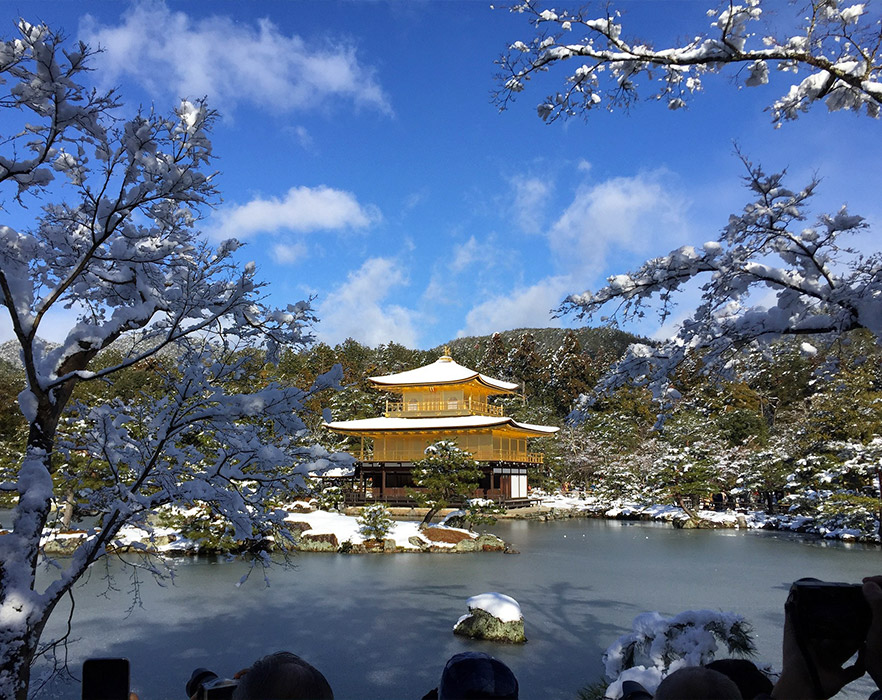 Despite its size, South Korea boasts some of the most thrilling cities in the world. You can expect huge buildings, insane shopping centres and public transport like nowhere else. 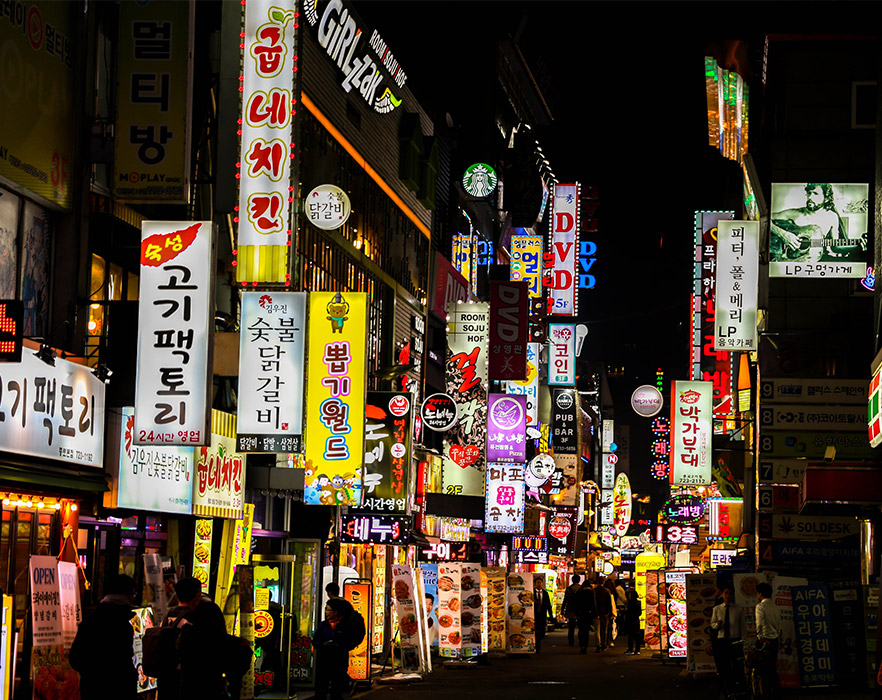 Did you know, South Korea is home to 22 national parks with countless mountain ranges and 3,358 officially affirmed islands off the South Korean coast – wow! You won’t get bored of the scenery here, that’s for sure. 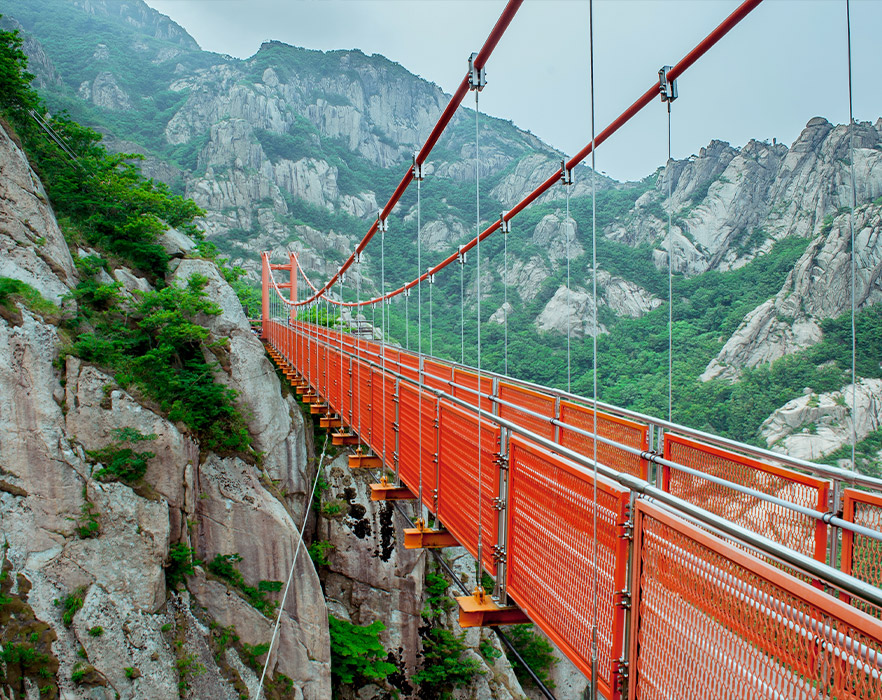 South Korea is home to some amazing festivals that you’ll never be able to experience anywhere else. From dancing in mud at the Boryeong Mud Festival and writing down your wishes at the Jinju Lantern Festival, to experiencing the beauty of cherry blossoms at the Jinhae Cherry Blossom Festival and celebrating Buddha’s birthday in style at Buddha’s Birthday Festival – South Korea’s got you covered for festivals. 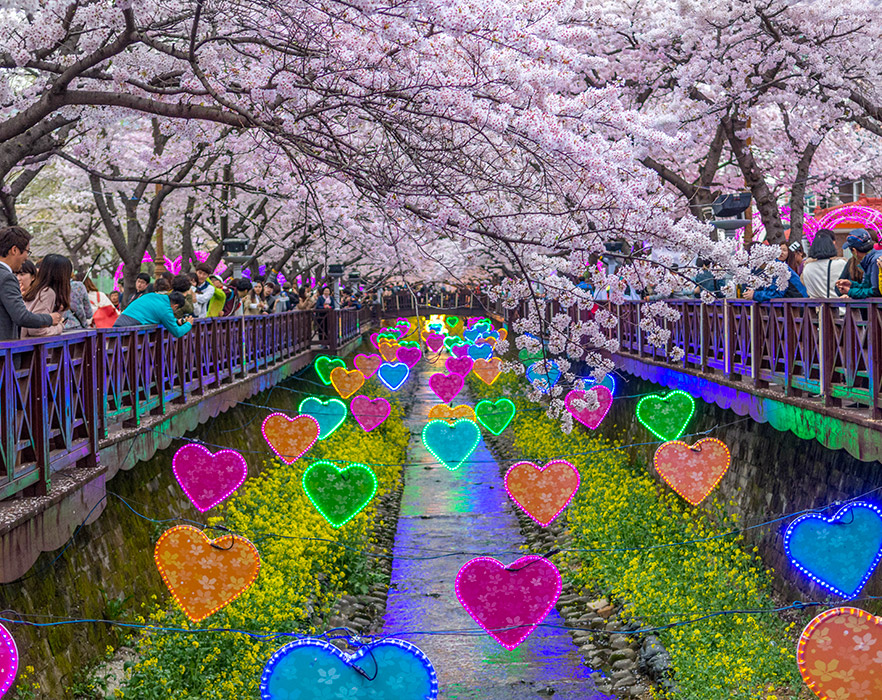 We can’t stress this enough: South Koreans know how to party. If it’s not an incredible karaoke bar that will outshine any bar you’ve been to before, it’s a super sleek sky bar overlooking the glittering cities. 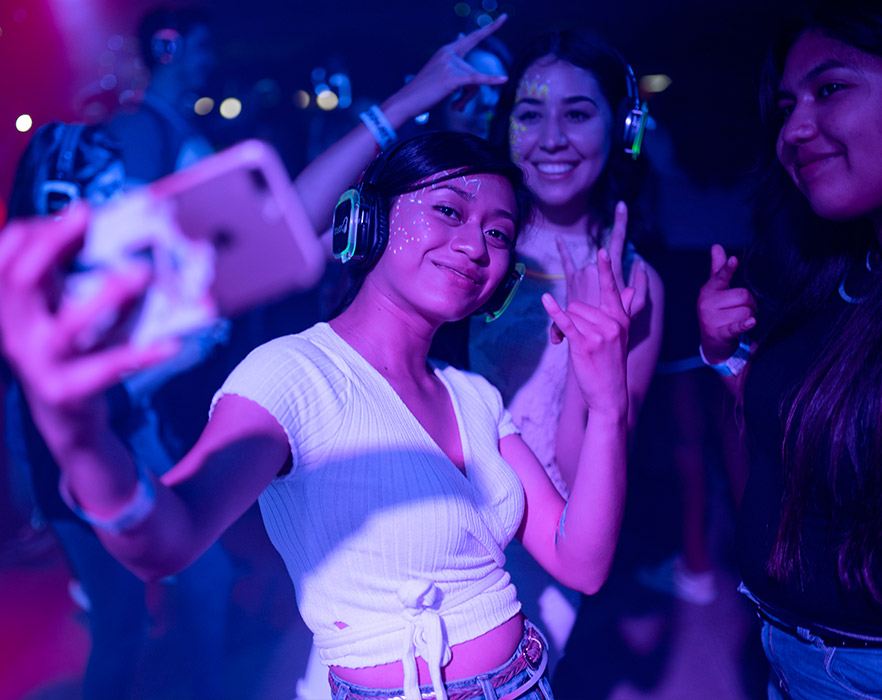 We’ve all heard of it, but not many of us have truly experienced it. South Korea is world famous for its exciting music culture, but K-pop isn’t just a music genre, it’s a part of Korean culture that captivates people all over the world. Head to a K-pop themed cafe or get a K-pop makeover to fully immerse yourself in the culture. 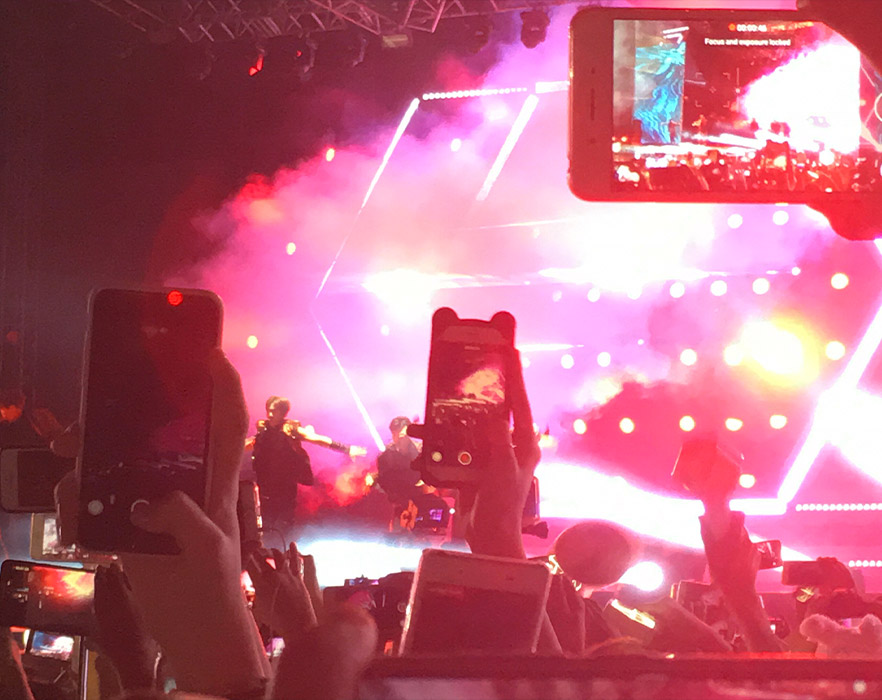 South Korea’s got loads of trendy stores that the West isn’t lucky enough to have. Big department stores like Lotte and Hyundai are great for exploring, as well as markets such as Namdaemun and Dongdaemun. There’s no double you’ll be in awe of the fashion and tech culture here. 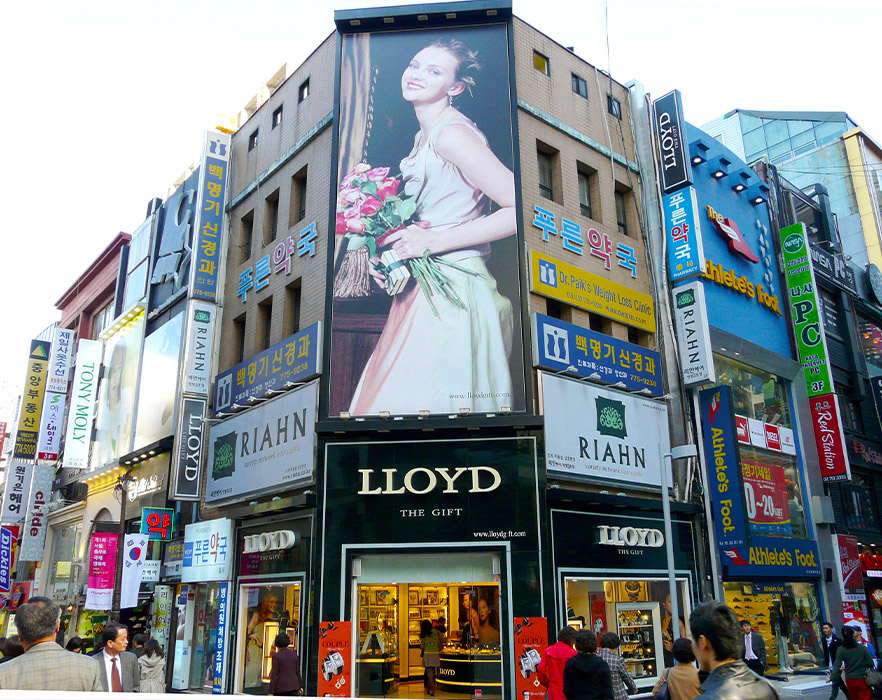 Last, but not least, we can’t forget about the 3,358 islands and the beautiful coastline! Take a trip to Jeju island, one of Korea’s most visited destinations with exceptional natural wonders and breathtaking beaches. Or why not head over to Hamdeok Beach to see the fine white sand, emerald clear water and green hills – perfect for those warm summer days. 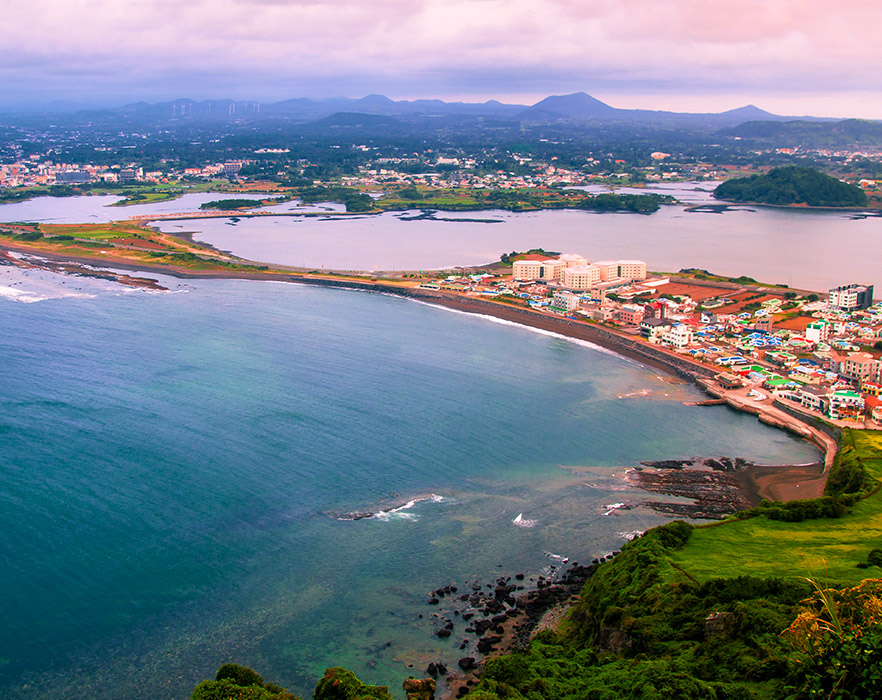 What are the requirements to TEFL in South Korea?

Now you’re really sold on South Korea, we’re sure you’re wondering what the requirements are to TEFL there. We’ve got you covered! You’ll need the following:

How much can I earn teaching English online?
February 4, 2020